a memorial for Jack... 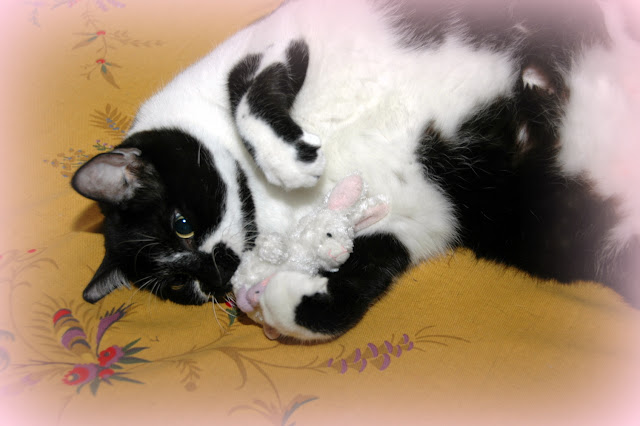 Jack was one of five kittens left in our backyard by a feral female in 2004.  They were about 4 weeks old. We took him and his siblings in and for the first time had more than 3 cats living in our home.

For a litter of ferals,  these were the most loving and well behaved kittens. Having worked in the Veterinary field my whole life, I have had experience with all kinds, but have never regretted taking these into our lives. My grand daughter (3 at the time) took home Cocoa (white-ish) when he was 6 weeks. Son took home Jasmine (grey). We kept the 3 black and whites.

Although all are good cats, Jack had something special about him. He was extremely curious, very friendly, and highly intelligent. But the most significant thing that endeared him to us was that although he seemed to be the one 'in charge'... he accepted and was kind to all other animals and people that entered our home. He never hissed when other animals were brought in. He'd follow workmen around the house watching closely to what they were doing, sniffing out their bags of equipment. When most of the other cats would run away from strangers, he would be right there to greet them.

When the grand kids came over and many of the other cats would hide, Jack would be right there ready to play. The kids would run around the house pulling long strings of cord and he would run right behind them trying to catch it.  He wanted to be right there in the middle of things. If we weren't home and the other cats were hungry, Jack would go into the pantry and pull out the bag of cat chow... so they could all eat. (We had to start locking the pantry)

Jack and Tux (his male sibling) were extremely close. Jack was the brave one. Tux... less so. But together they checked out everything and kept our household on it's toes. 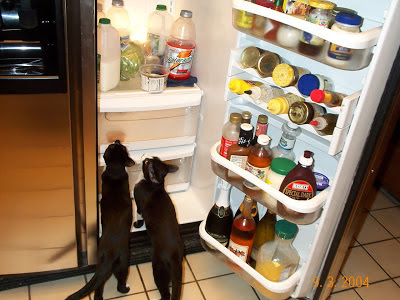 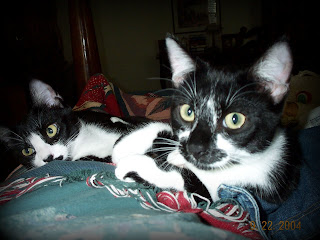 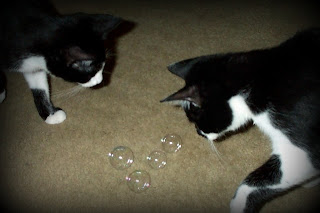 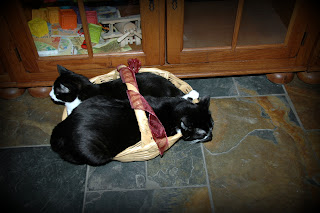 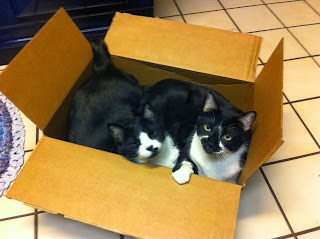 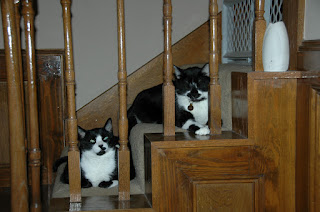 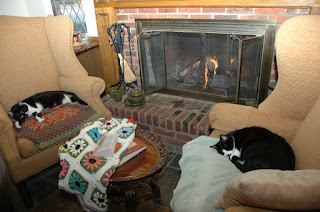 When Jack was diagnosed with a form of Feline Leukemia when he was 4, we were flabbergasted. How could this happen? We had them all tested as kittens and not a one of them had or has ever set foot outside. The only possible explanation was that he had contracted it 'in utero' from his feral mother. We had all the others re-checked and he was the only one affected. The prognosis wasn't good, but Jack was a fighter.  He had his bad days, but in general he held his own for 6 years. 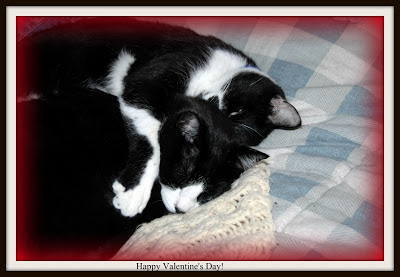 We do worry about Jack's sibling, Tux. What will he do without Jack?  But luckily for him, he does have his female sibling and a family of loving cats to support him. 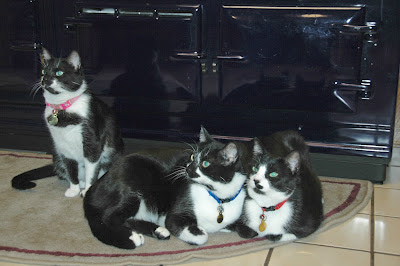 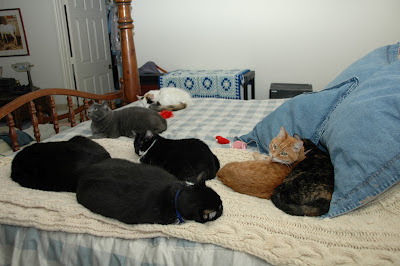 So... yes, we are heart-broken to have lost him. However, we have  wonderful memories and realize how lucky we were to have been able to share these last 10 years with him.  Who would have known that a little feral cat could bring so much joy?

*Oh, if you'd like to know how he got the name "Jumpin' Jack Lickytispit"... it was because as a kitten he never seemed to walk... but jumped from place to place like a bunny, then as he got older the Lick-yti-spitt came from the fact that he loved to lick you (give you kisses) and if he was really in a loving mood, he drooled (thus the 'spit').*

Thanks so much for all your kind remarks. DH and I really appreciate your taking the time to make them...


Posted by Rian at 10:18 AM
Email ThisBlogThis!Share to TwitterShare to FacebookShare to Pinterest