Still don't know if the blogger comment notification is fixed. I did try to fix it, but haven't seen any results yet.

However... I did create a new blog where I can post pictures of my Cheeky Chickens and other goofy clay critters I create!  It can be found by clicking here or simply click on the text "New Pottery Blog" on the top right of this blog page!

We went out to lunch with some old friends this past week that lived with us in Florida when we were first married (1968). We all live here in Texas now, but due to distance (and life) don't see each other often enough.  Reminiscing was fun. Our kids (now grown with families of their own) were babies then. I read a quote the other day that made me think. It said, "It's better to keep old friends than to make new ones. Choose ones that wear well..." I like that.


This is one of our visiting box turtles. He came by yesterday to eat, but ran very fast when he saw me coming with the camera. Believe me that old wives tale that turtles are 'slow' is NOT true. He is a fast little bugger... but I did get a pic!

I tried the blogger email fix and am waiting to see if it worked. Let me know with a comment if you get notified of this post.


Posted by Rian at 1:57 PM 8 comments:
Email ThisBlogThis!Share to TwitterShare to FacebookShare to Pinterest 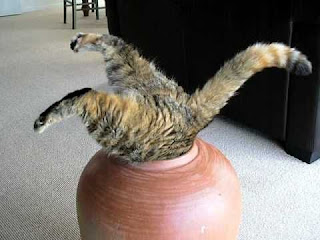 I'm curious. For whatever reason, I no longer get comments sent to my iPhone. Previously I've always gotten notified on my email when a comment was made on my blog... then a few weeks ago, this stopped. Now I am only aware of comments if I actually go into blogger and check. Is this something new? Anyone else experiencing this?

the weekend at our house...

I finally got to the Ceramic shop (which is way across town... and to our dismay was also the same day that VP Pence was flying into town... got stuck in traffic for almost 2 hours when it should have taken 30 mins... ugh!)

Anyway, I stocked up on more underglazes so I could continue with previous projects. Had run out of black so am just finishing up on the cat planter I had made a while back. He needs one more coat then I can fire him.

Not much else going on. I'm continuing this on Sunday which is also Father's Day!

Happy Father's Day to all you fathers out there!

DH wants to go to Braum's this afternoon... so we'll be heading there in a little bit. I'll take some pics of our ice-cream choices (if I can remember to do so) and post them.

I've got a chicken, bacon, and broccoli quiche in the oven now.  Should be ready in about 45 mins.  I have made this quiche many times and we really like it... but this time I added bacon because grandson is really a fan (actually added bacon and reduced the broccoli).

That's about it for our weekend. I worked on my windchimes at the studio Saturday and finished a few more chickens.  Oh... I could mention that one of my pottery friends who is/was planning on moving to the big Island of Hawaii.... and just purchased her house there last January (in the area that is now for the most part covered in lava ) keeps us updated on what is going on.  She is back in Dallas now. Her house is still standing, but the area is restricted.She has a friend who is no longer able to get to his house - so is living in hers for the time being. The pictures he sends are unbelievable. She says that even if her house survives, the government may deem the area uninhabitable... and they don't know what the insurance companies will do. As you can imagine, she's pretty worried.

Hope you all had a Happy Father's Day weekend!

Posted by Rian at 6:32 AM 16 comments:
Email ThisBlogThis!Share to TwitterShare to FacebookShare to Pinterest

Nothing new to post about.  Summer is definitely here... it's 90 F today and will continue to get hotter.  Texas is not the place to be in July and August. 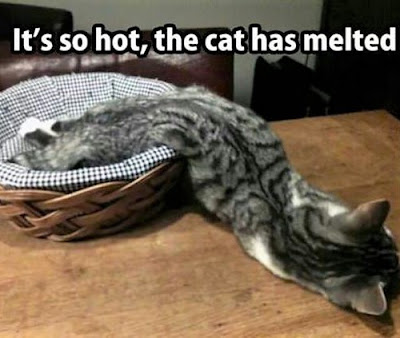 I'm working on my wind chimes as my summer clay project. Haven't ever tried to make wind chimes before so it should be interesting. We have some out front that make a really nice sound and I've been wanting to get some for the tree out back... so I decided to make my own. They may be all ceramic or they may be ceramic and copper tubing. Haven't decided yet.

Also I took a Word 2016 class this past week. It was offered by the Library and was a beginner class. Now I've used Word 2007 for a long time, but probably only use a small percentage of what it can actually do. We were told that Word 2016 basically does the same things, but may just do them a little differently. Most of the things he showed us I already knew, but I did pick up a few new techniques. There's an intermediate class next week.

I was talking to someone this past week who has recently retired and we were discussing the pro's and con's of retiring in place as to moving to somewhere they've always wanted to live.
In our cases, we both seem to lean toward retiring in place... as everything familiar is just too convenient... doctors, friends, classes, etc. (not to mention family). Not that we wouldn't mind traveling a little and visiting some wonderful places. But it's expensive to move and feel that retiring in place and visiting the other places would be the practical thing. Starting over (new surroundings, new everything) after a certain age seems difficult. But many do this... and it works out well. What are your thoughts?


Our daughter texted me this picture this morning saying, "Lord, help me." When I inquired what was going on, she explained that this American Great Dane's owner was moving to Germany. The owners were advised by their Vet that the shipping as well as the long incubation time involved might not be a good idea.

So my daughter is seeing if he is going to make a good fit into their household (which already consists of 2 horses, 2 dogs, 1 cat, 12 chickens, assorted turtles, and 3 fish filled ponds). So far she says he is extremely sweet, doesn't bother with the chickens, is a bit afraid of the horses, and is avoiding the cat. She didn't mention how he was getting along with the other 2 dogs... They live on acreage in the hill country... so there's plenty of room for a big dog to run. I guess we shall see.

Years ago they took in Diego, a 135 lb Rottweiler. He was a sweetheart... up there in age and has since passed away, but the funny thing is that he took a liking to DH (who isn't a dog lover)... and would follow him around everywhere when we visited.  DH doesn't dislike dogs, but he's never felt very comfortable around them. Diego tried his best to change that.


Next news here is that our grand daughter just made Turtle 2!
She loves swimming and was excited to go up a level...

Pottery class resumed yesterday. Just getting all our equipment back into the studio and put away on a shelf or in a locker takes time. Clay is heavy. Dropped one box which contained some cheeky chickens I was bringing in to fire - decapitated one and eye fell off another.

Since I haven't thrown anything in over 6 months, I wasn't sure I could.  However, muscle memory came into play and although I didn't throw much... did finish throwing, trimming, and getting a handle on one mug. Spent a lot of time reminiscing with the ladies from both the pottery and painting classes... and sculpted a few chickens in between. Thinking about making some hanging chimes for this summer's project.

Tux, Ghost, and Julie send their regards. I've got chicken cooking in the Aga behind them... and they are waiting for a taste.

And turtle and lizard report! We're seeing box turtles several times a week these days... coming to eat in both the back and front yards. One was a tiny fellow maybe as big as a half dollar. Good to see those as not many little ones make it - are probably eaten by raccoons or other critters. The lizard in the following pic was taken by our Nest Doorbell. He must live somewhere close by the doorbell as he gets his picture snapped at least once a day...as he passes the camera.

Have a great Sunday!