Saw this on Pinterest the other day and thought, "Yes!"

Guess we all have those days. Well,  classes started this week. I'm back in my aerobic/yoga class twice a week. Am I sore already? You bet. This morning I woke up thinking... 'oh no, I can't move. How can I go do more exercise?' But I did and it was fine. Sometimes I have to tell yourself to 'just do it!'

Pottery class won't start for another week.  And I am anxious to get back to it. But since I missed the whole spring semester, I was able to spend more time on my writing. I now have a little over 20,000 words into my latest work. Will I ever finish it? Don't know. But lately it seems to be flowing well... and I certainly enjoy the process.

This past week my  5 year old grand daughter had her dance recital. She takes dance, gymnastics, and swimming. I love watching the little ones at these recitals. They are so cute in their costumes... and whether they actually perform or not, they are adorable. After the performance, we all went out for frozen yogurt.

She also came over to our house the other night while her parents attended an orientation for her kindergarten class this Fall. While here she decided that I didn't have enough pins, flowers, and hair clips and said she would bring some over next time so she could do my hair properly. 5 year olds are really fun.

Actually 19 year olds are fun too. My grandson who is visiting with us right now told me that our house was like living in a zoo. This might not seem like a compliment, but I believe he meant it as such as he seems to enjoy the cats inside and the abundance of critter activity outside. And since our youngest son is the curator of the Herpetology Dept at the Dallas Zoo, we take any zoo reference as a good thing.

And lastly DH and I made our semi annual visit to Ham's Peach Orchard in Terrell, Texas this past week. We loaded up on fresh peaches, peach ice-cream, peach cobbler, peach cider, etc. Here are a few pics!

...and DH enjoying his home-made peach ice-cream in the rockers out back! 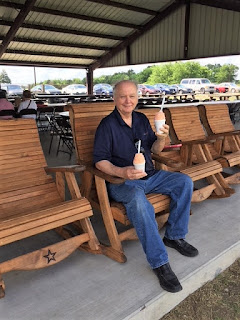 Hope you all have a wonderful Memorial Weekend!  The Flags are flying and the weather is beautiful... (a bit warm as we may hit the high 90's or possible triple digits this week). 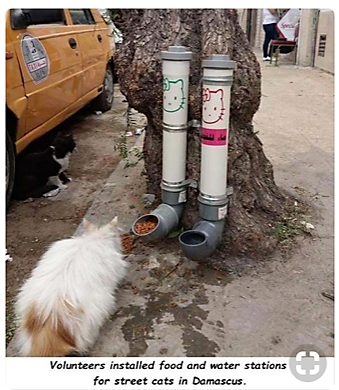 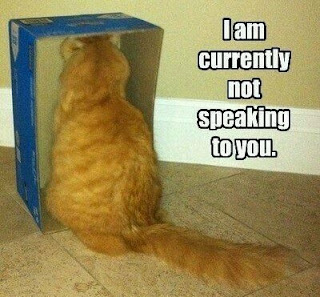 I'm writing this Sunday. Yesterday was Cinco de Mayo. We celebrated by taking the cats to get their annual vaccinations. They weren't happy. In fact they knew 'something' was going on from the early morning when we took their crates into the house.

Julie was upset and kept crying and following me around all morning, Tux was jumpy, and Ghost stayed away and hid in the bedroom. When the time came to crate them, we have to use diversion... finding the one that will be the most difficult to find if they take to hiding (that's Ghost), crating her, then the next one must be taken without the 3rd one seeing or hearing them protest (that's Julie). We usually leave Tux for last as he is a large cat and doesn't move fast or hide well. However, he did hear Julie complaining as she was put into her crate... and was on 'high alert' when captured.

But they behaved well and were home again very quickly... and given treats to make up for having to put up with the indignities. Ghost was the last to let bygones be bygones. But as of this morning, she has forgiven us (a little chicken from my making chicken salad today helped).

My son (who lives on Oahu) is keeping us updated on the earthquakes, lava spills, and volcanic activity on the big island of Hawaii. Scary stuff!  Oahu is not affected... or at least not seriously. I think they said that the 6.9 earthquake Friday could be felt as far as Oahu... and if the winds are right, they may get some ash. I can't imagine dealing with volcanoes and earthquakes. I have dealt with hurricanes,  and the possibility of floods and tornadoes... but one cannot hide in a closet from an earthquake/lava.

I have a friend in my pottery class that is/was planning to move to the big island.  She once told me that the area she planned to move to was far away from touristy attractions and was beautiful. However, there was the 'possibility of lava flows'...

Keep these people in your prayers.


Saw this on Pinterest the other day and think it's a great sign.  I may have to go back and see if it's for sale. It would be great to put on our gate.

Also made this dark chocolate cream pie for DH (actually we all love pie, but DH occasionally says, "I need pie") so-oo...


This was using only unsweetened dark chocolate. I have made chocolate pies with semi-sweet, bitter-sweet, and cocoa powder trying to find the perfect dark chocolate pie that a neighbor of ours (who has now passed away) used to make. Still haven't found it, but this one was good. We even added some fresh cut strawberries to the top later.

This morning we awoke to weather warnings, possibilities of tornadoes, etc. The cats do not like it when it pours, thunders, and lightnings. Julie and Tux were nervous nellies and poor Ghost stayed under the bed. Even the outside cats stayed close to the house and looked anxious.

By noon most of the warnings were off. So we finally left to go grocery shopping. It was still pouring while we shopped, but had pretty much stopped by the time we headed home.  They're saying it may get bad again this evening. Hope they are wrong.

My grandson (who taught me mindcraft) is also teaching me a card game called Magic - the gathering. It consists of several decks and is extremely complicated. Seems to be a lot like dungeons and dragons - which my kids played growing up. But I'm old... and it's taking me a long time to catch on.... however, he is very patient.


I'm also watching and enjoying The Crown on Netflix. Giving me a different perspective on some things. Don't know which perspective is correct or accurate... and seeing some of the characters in a different light. Anyone out there have opinions? 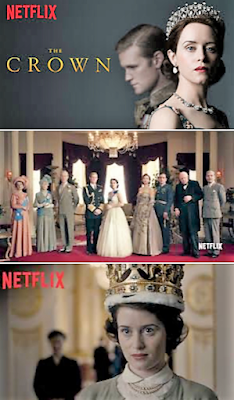