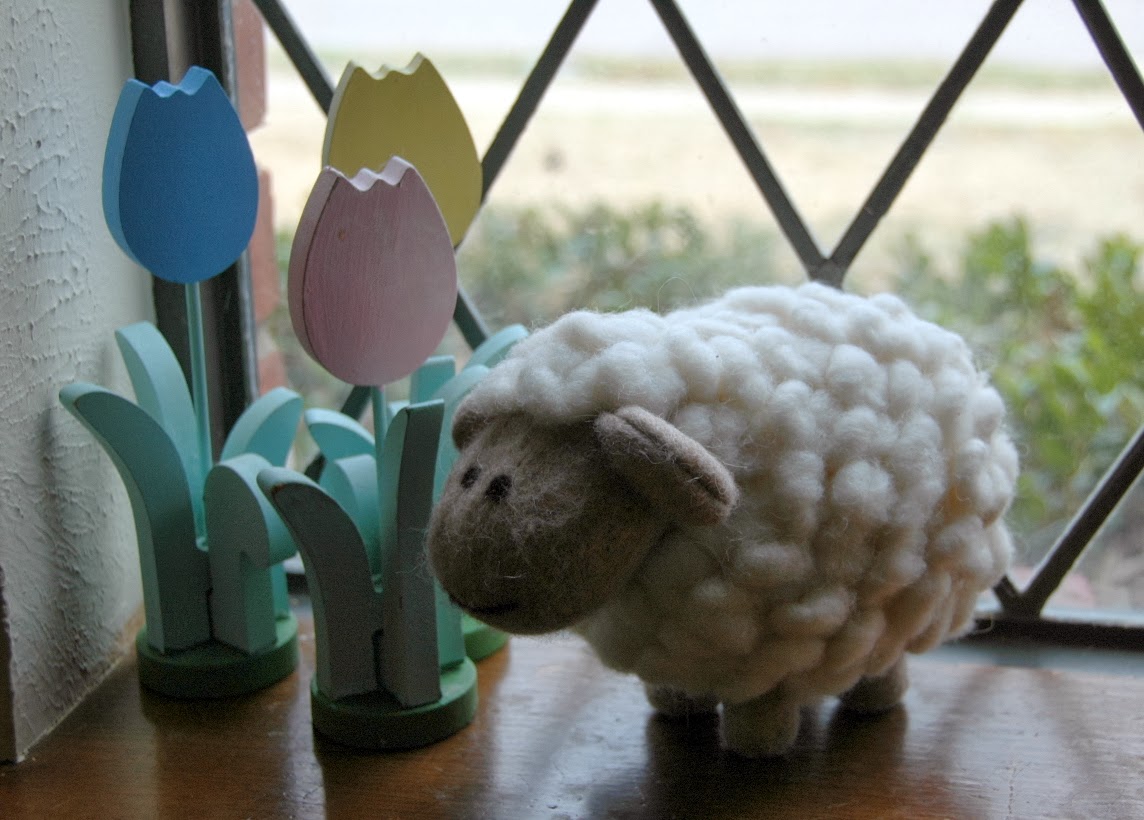 I found this cute little lamb at the grocery store this morning.  We have a window on each side of the fireplace and I keep the little wood tulips there year round. I know that I should remove them after Easter or Spring, but they brighten up the place - so I don't.  Anyway, I thought the lamb would look good there... as a momento/memento of Easter/Spring.


This *pull string* bunny has been hanging here for years. It has amused many a grandkid.  Now it is a favorite of youngest grand daughter (almost 14 months).  She grabs that string and janks it so hard that his little bunny legs fly up over his head! (and it makes us both laugh)

We used to have several china cabinets. I always had this one and when Mama came to live with us... she had 2.  We have given the other 2 away in an effort to 'down-size', so my existing one is a bit cluttered.

This morning (Sunday) I was making waffles for DH and I when I saw this crow in the backyard. As you know, I have an affinity for crows - so I ran for my camera.  He sat in the tree for a bit, then got bold and flew down to the yard to partake of the dry catfood available there. 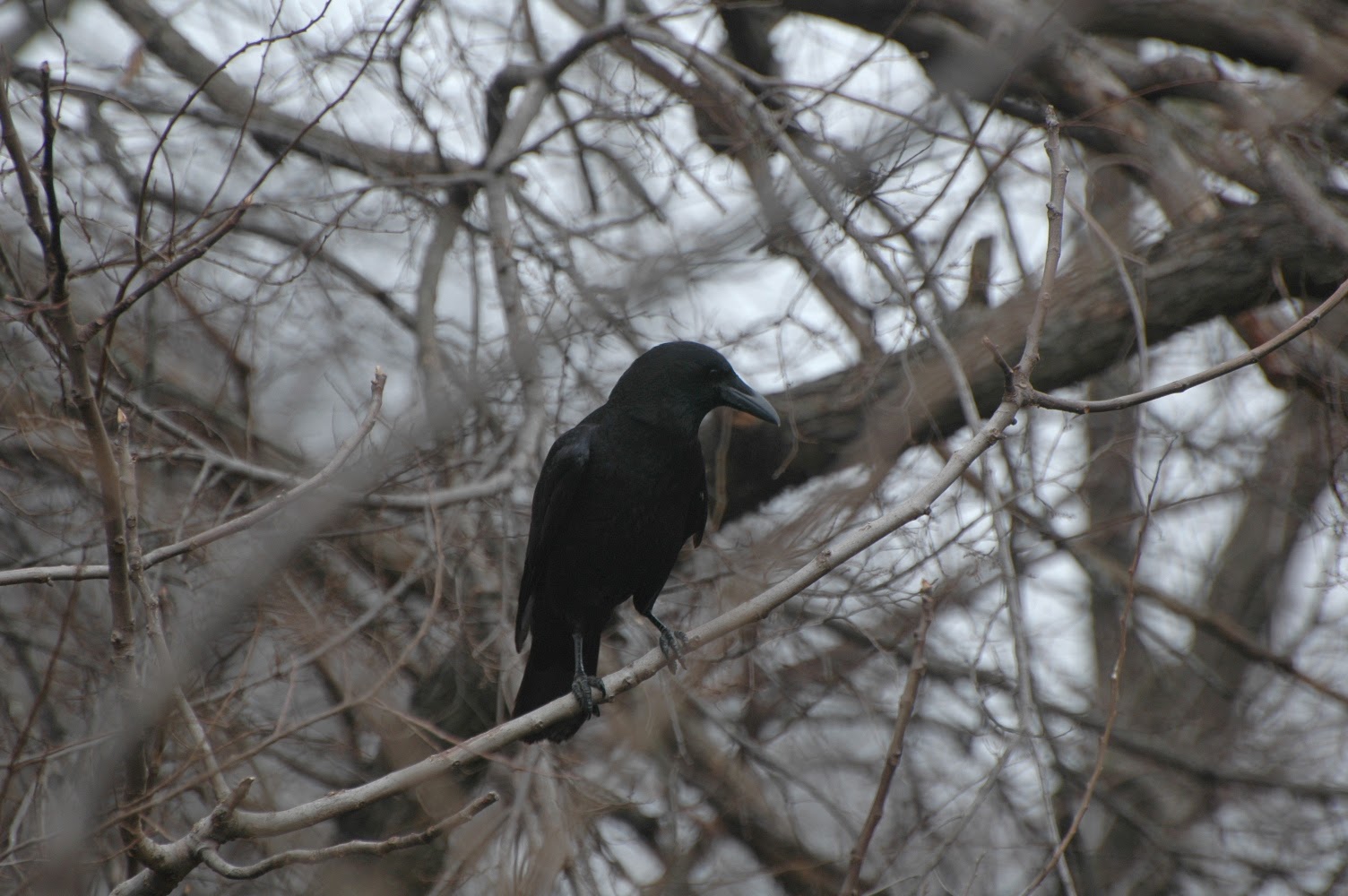 ... and I wanted to show you the pretty artichokes we found at Central Market Friday morning.  I plan to stuff them later this week. DH and I love stuffed artichokes! 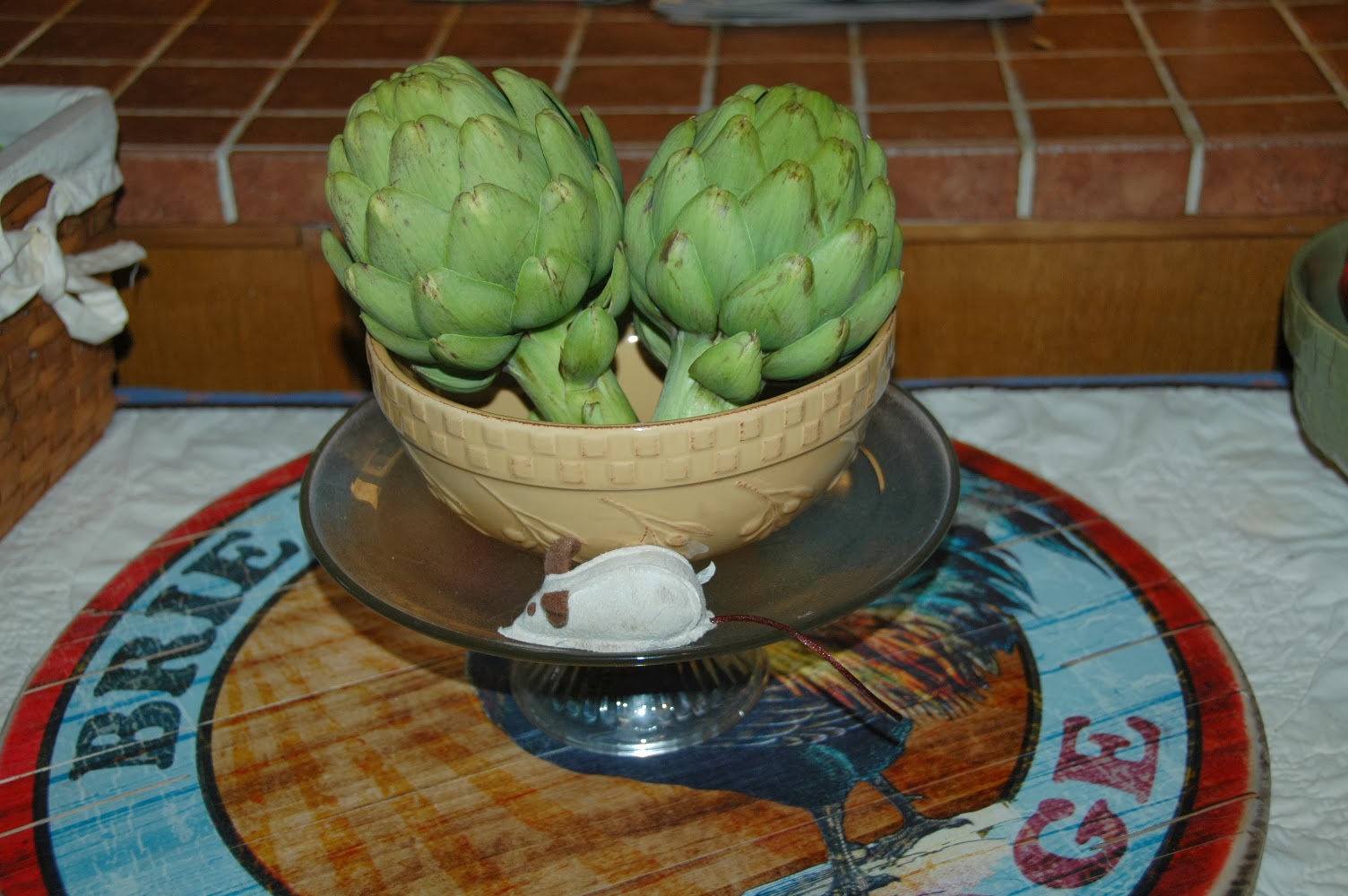 Also as reported by my cousin in New Orleans, Mardi Gras day this year was cold and rainy... so she stayed home. The weather doesn't usually dampen the mood of the hard-core merri-makers, but as you get older, it definitely does. Growing up we always went to the day parades that gathered around City Park on the week-end before Mardi Gras (and did venture to a few of the night ones - people dancing around twirling lighted torches put me off ). And then when in college at LSUBR, we always went as a group - sometimes tying ourselves together with a rope to avoid getting seperated in the crowds. It was rowdy and fun. (When in the French Quarter downtown, one always knew where it was safe to go and where it wasn't.)  That has changed a lot.  The place has been cleaned up and looks pretty darn good last I saw... possibly thanks to Katrina (even though the Quarter wasn't hit that hard).


DH just handed me the camera and said that he took a few pics of one of the outside kittens playing in the tree out back.  So here they are: 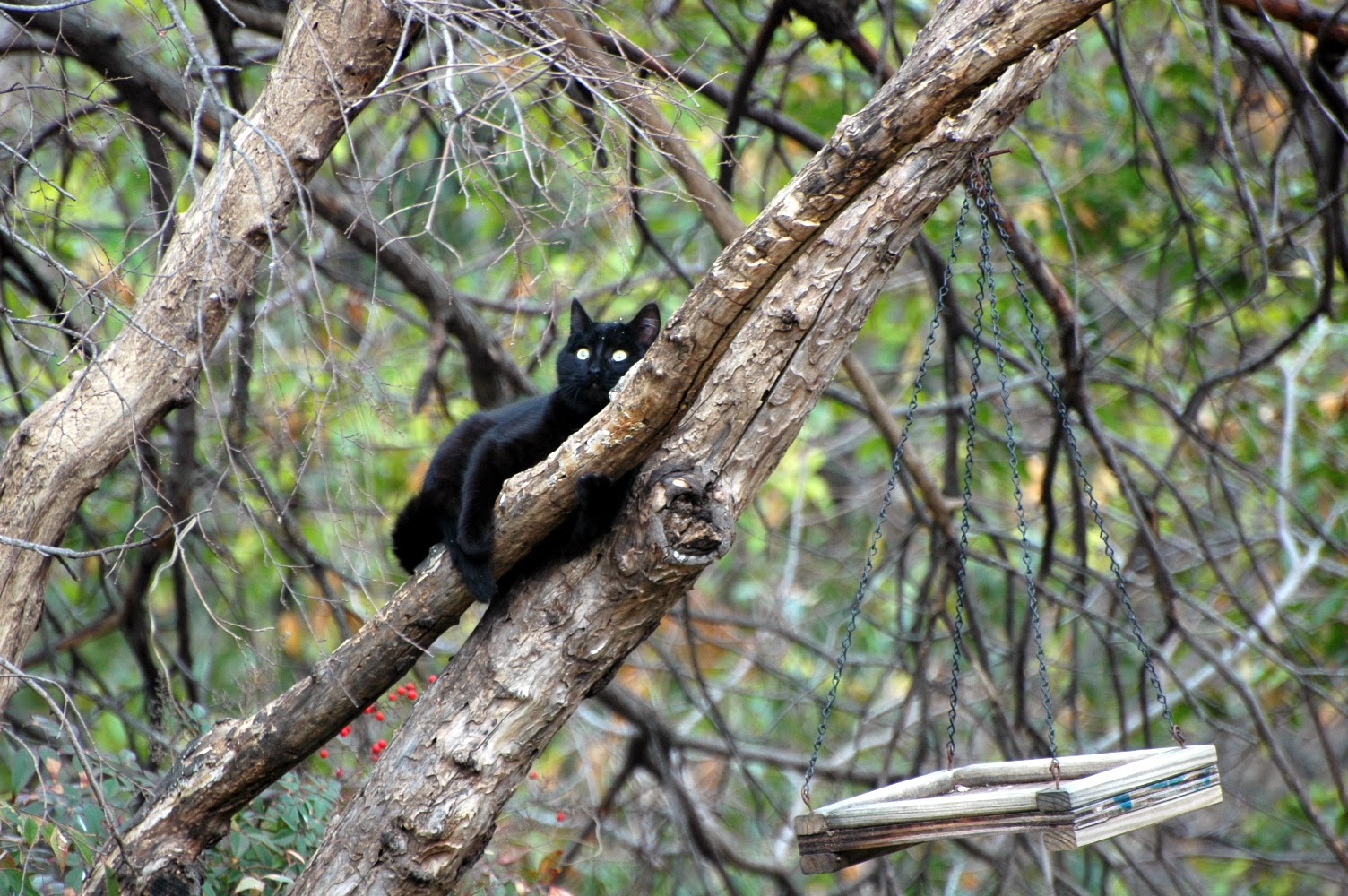 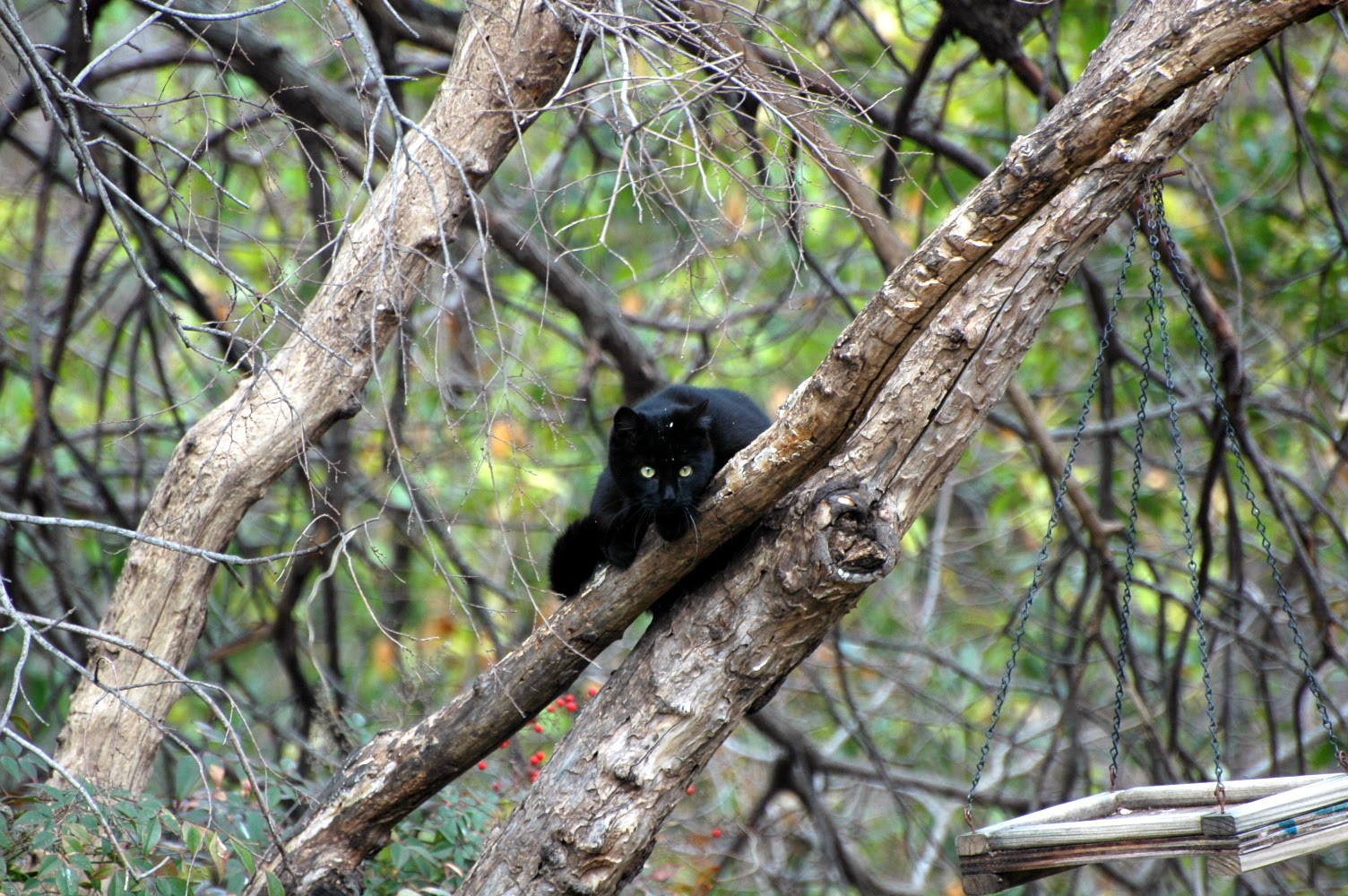 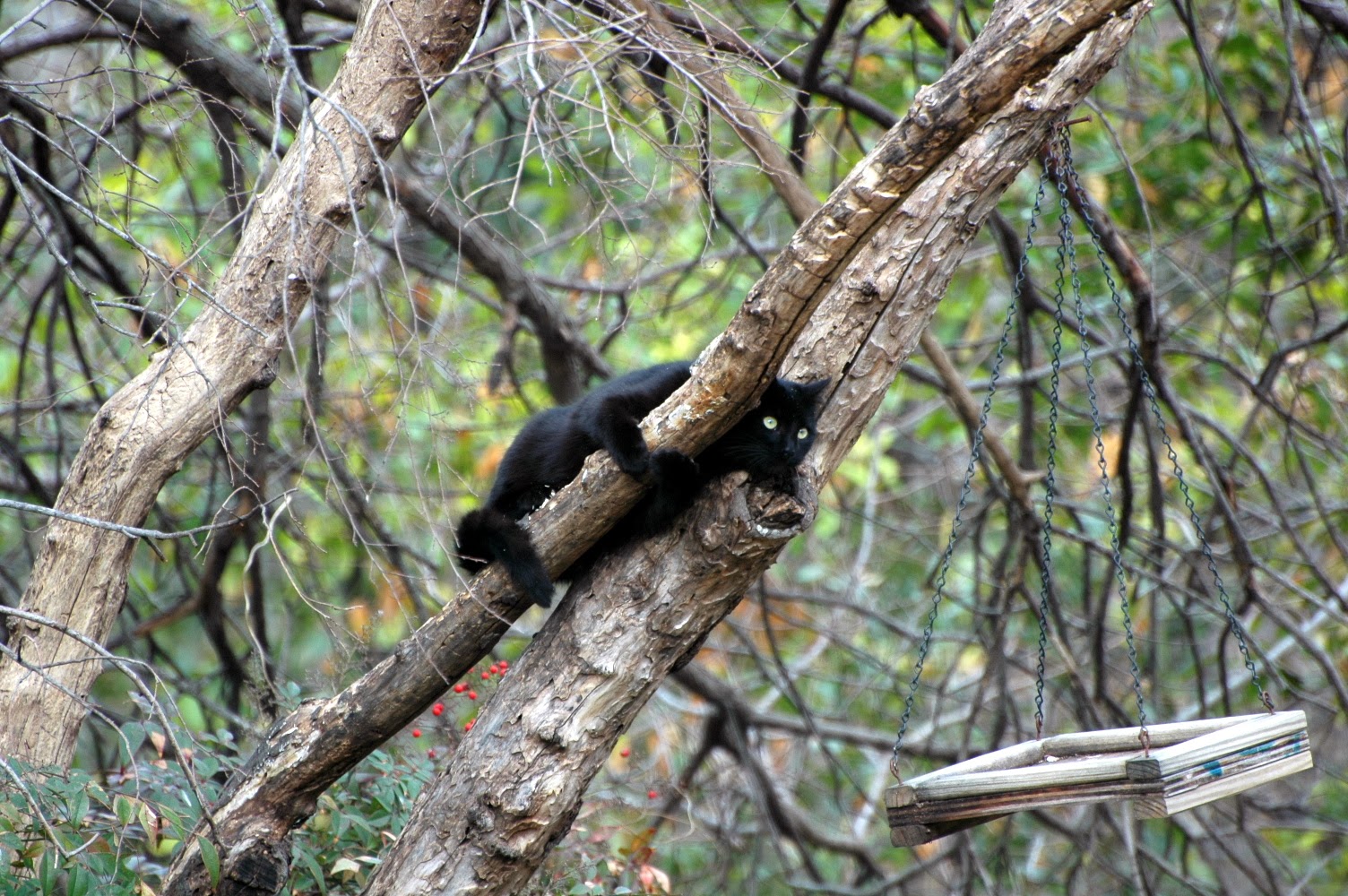