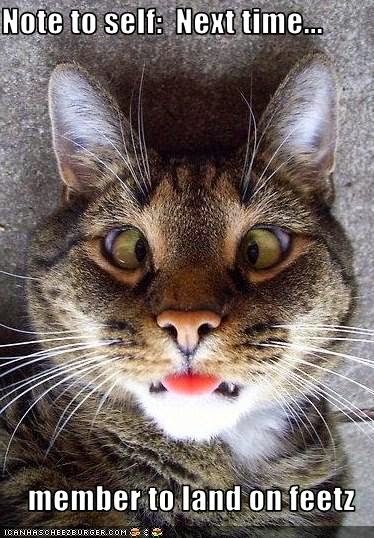 Well, I guess I've fallen victim to the old folk's curse - falling.  It happened Tuesday morning when I was picking up clay at the clay supply house. Had just given the man in the back my receipt (you order up front and then go around back and hand over your receipt and they put the 2 boxes of clay -100 pounds- into your car trunk) when another workman walked in. He distracted me by saying "warm vanilla sugar?" I turned around and said, "Pardon?" or possibly "What?" (can't really remember exactly).  And he repeated it, "warm vanilla sugar, right?"

Then my mind clicked in and I realized that he was referring to a fragrance I wear. It's not a perfume as I'm allergic and get migraines from some perfumes. This is basically a body splash that I get from The Bath and Body Shop.  Anyway, once I realized what he was talking about, I said, "oh... yes, you're right."  And then he said something about it being his favorite. At the same time, he handed me back the receipt and the other man was putting putting the clay in the car and as I turned around, I tripped and almost fell (caught myself before I hit the floor by grabbing a wall) over a box of clay left in the middle of the aisle. Scared the both of them to death as they ran over and acted really worried.  I told them that I was fine, just tripped over that box. They immediately picked it up as I left.

Halfway home I realized that my right foot was hurting.  I think I jammed my big toe into that box of clay and twisted my foot. It was still sore last night so I taped it up. Clumsy, yes?  But at least I didn't hit the floor...  (I've almost fallen a few times in the house - tripping over cats - perhaps I need to get back to my Yoga to improve my balance?)

But it did amaze me that someone recognized the fragrance since it is not a famous perfume. I had a dear friend who passed away a few years ago that always wore "Happy" by Clinique (sp?).  I loved it. It smelled so fresh and clean. But when I tried it, it just wasn't the same on me.  Years ago when I was in college, I wore an Este' Lauder cologne called "Youth Dew" and DH loved that. But as I aged, I found that some perfumes did seem to bring on migraines, so I stopped wearing them and went to baby powder and my vanilla splash.

Update:  Have cut out the pieces for my new *under Keurig quilt square*.  Now just have to sew them together, add the batting, find a backing, and a binding (going to use that blue for binding) and sew it all together. 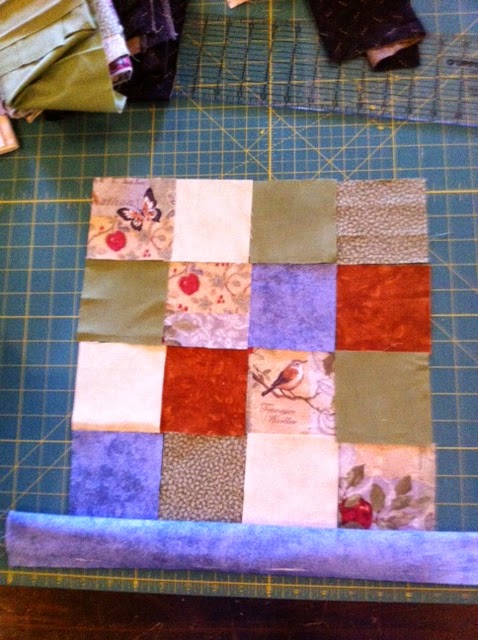 And next I've decided to do a *doggie quilt* for a friend who's old dog isn't doing very well. He just went through chemo for cancer and now is being treated for diabetes. He's already gone blind, but the insulin seems to be helping as she says that he has perked up a lot. She knows that he may not be with her for too long, but I thought a doggie quilt for him to lie on would be a nice idea. He isn't a big dog, so I think maybe 24x24 would work. Meeting a friend for coffee today and we will check out the fabric store afterwards for suitable doggie patterns.

And ceramics/pottery class started again last Saturday. It was good to have my hands back on the clay. Made several cups, bowls, vases, etc. on the wheel just to see if I still could.  Did OK... better as the morning progressed.  We do have one project for the whole class that is going to be done in groups... making hand-built kilns. Should be interesting - will keep you updated.

And one sad fact that was just told to me: my daughter lost 2 of her chickens recently. She suspects hawks, but can't be sure. And they were her favorites... 2 Frizzles.


Posted by Rian at 7:16 AM
Email ThisBlogThis!Share to TwitterShare to FacebookShare to Pinterest
Labels: chicken, fall, Frizzle, kiln, pottery, quilting