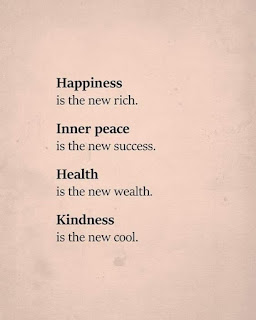 This visit was with our nurse practitioner who works for our family physician. She is young and very thorough.  I like her. The visit started with another nurse coming in a getting my vital signs. This included my height, weight, and blood pressure. My adult height has always been 5’4” …  and I’m sad to say that it may now be 5’3” – as they say that we tend to shrink a bit with age.

But I’m not good at doctor’s offices… my normal low bp soars when there are white coats around. I was told it's called the "white coat syndrome". So-oo although my bp was 121/69 at home, it was 170/89 in the office. This made it necessary to do an EKG… which I also knew would bring on another OMG moment.

It seems that my EKG’s always show some abnormality which registers as ‘an infarction’. The first time they saw this, I was sent to a Cardiologist who ran every test in the book… and declared that my heart was fine. He said that EKG result is normal for me (?). This time before she ran the test, I told her what the result would be… and it was. She passed this information on to the NP and she recorded it as such.

Then they took the required amount of blood (which always seems like a lot) to run the necessary tests. After my breast cancer 19 years ago, I’m used to everyone taking blood. And I have to admit this nurse was very efficient in hitting my vein and caused very little discomfit (just a little prick). Don’t we all dread that technician or nurse that simply can’t for the life of them find your vein?

Next on the agenda was ‘my chronic cough’. I have had a cough for 19 years… ever since Radiation. I call it my ‘radiation cough’ as I was once told that possibly it was due to inflammation to my lungs due to the radiation I received for my BC. Later I learned that it could also be due to some fluid build-up around my heart – also possibly due to the radiation.  Who knows?

But the cough continues. Lately it has gotten a bit worse, so I mentioned this… and since no fluid was heard when the NP listened to my lungs, the NP gave me several prescriptions to try to see if possibly it was caused by reflux. She also told me to make sure I have my chest x-rayed when I see my Oncologist next month. I know that there is always the possibility of my BC having metastasized to my lungs… thus, causing the cough.

THIS (which I’m aware of) is probably the reason my bp was so high. I’ve always felt (at least since my BC diagnosis) that I am well until some doctor tells me that I’m not.