pet quilts, old pics, and a few funny ones...

When talking about quilts recently, I was reminded of how I began quilting years ago. I decided to make 'pet quilts'... little small quilts that cats and dogs could lie on (and possibly save chairs and sofas from the accumulated hair). I made several of these for family and friends. 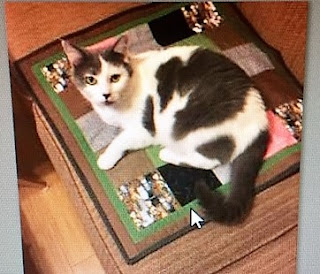 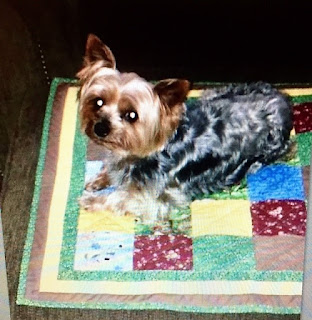 They were fun to make and a good way to start quilting as they were small and could be put together quickly.

And then... since I was going through our old desk top computer looking for pics, I found some of my two oldest grandkids pics when they were youngsters.

Where did the time go?

Also came across this cartoon... which is so me. 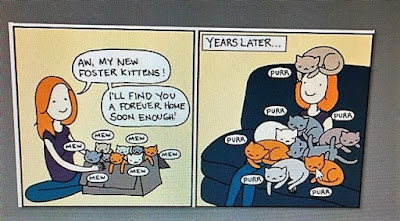 (forgive the shape of the pics as these are all

off the desk computer. Gives them all a strange angle.)

And this one that I'd forgotten about 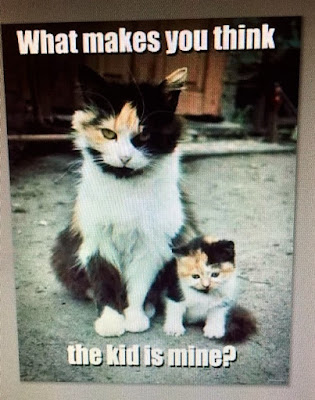 Also DH and I saw a snake when getting out of the car in the driveway the other day. He was black and about 2 feet long. I was going to take a pic of him, but he slid under the concrete where there is a hole going under the garage. But we think he was a Rat snake. We have Copperheads and Water Moccasins too, but see more Rat snakes and Garden snakes than those.

Do any of you do Ancestry DNA? If so, you know that it's constantly changing... not your dna, but the report. Apparently as more people send in their dna (or spit into the tube), the more accurate your report becomes. DH and I did it a while back and although I never seem to have enough time (not sure why this is) to delve further into it, it is interesting.

This is my latest report: 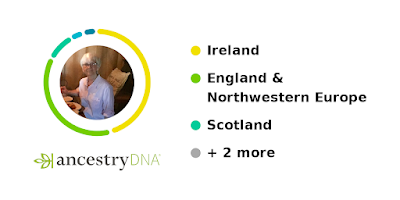 The +2 more are France and Spain.  I think this is probably the most accurate one so far as although my dad and his family came to the States from London, his grandfather was from Ireland (O'Regan/Regan). And this is the first time the report has mentioned France (which should be there since my mom was French - D'Aquin).

Anyway, I was just wondering if any of you have tried this...

Closing this now... it's been a strange day, but not going to go into that now. I will say the weather for the first day of Fall has been awesome. I think it was in the 60's this morning!