This last week has been one thing after another. I'm not going to mention everything, but it seems like we keep experiencing or hearing about things that tend to be not uplifting.

It started last weekend when DH woke up with the left side of his face drooping. He had had a strange ear-ache the night before, but it wasn't bad and we didn't think much about it.  But with the drooping, we worried that it could possibly be a mild stroke (tia?), so we went to the doctor's Monday. He diagnosed Bell's Palsy and put him on steroids and an ointment for his left eye.

We also tape up his left eye at night as it doesn't close completely. I've heard of this before, but have never known anyone who had it. They think it's caused by a virus. One of my daughter-in-laws (nurse) said that they have been seeing more of this (Bell's Palsy) lately... and some research is being done on whether it's related in any way to Covid. It hasn't gotten any worse... and may be a bit better... but we're supposed to see an ENT sometime this week.

Another friend lost her daughter to breast cancer recently and her sister just fell (83) in her home and hit her head. She has a brain bleed and is in the trauma center in New Orleans. Then our daughter called last night to say that her best friend's mom was ill with what they thought was the flu when she passed out and started having seizures. She was rushed to the hospital.

I'm like... what is happening? I know we're all old, but does everything happen at once?

I'm writing this on Father's Day (Sunday), but will probably not post it until Tuesday. I have more to say, but oldest son and his wife are coming in for a visit and I have things to do. Monday our granddaughter is spending the day, so blogging is probably not on the horizon until Tuesday... or later.

We had a wonderful visit with oldest son and his wife Sunday. Ate, talked,  ... and talked and talked! They also brought Winston, their Golden Doodle... who would get excited when he saw the ferals in the backyard through the kitchen door. The ferals didn't pay much attention to him - since they were outside and he was inside.

Yesterday we had our granddaughter for the day. Spent some time outside, then walked in the mall, then home to play games, eat lunch, and watch a movie. I'd never played Jenga... built a pretty high tower too before it fell. 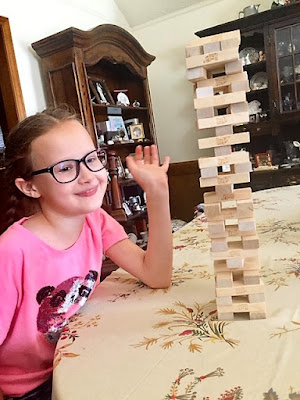 Now for some cute pics of Bun Bun's latest baby bunny batch. She apparently had 3 blacks and 3 whites this time: 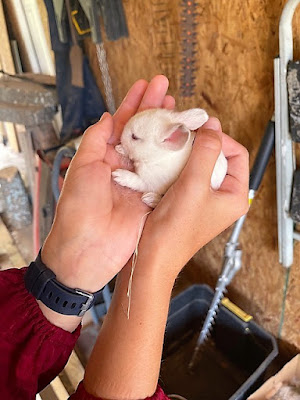 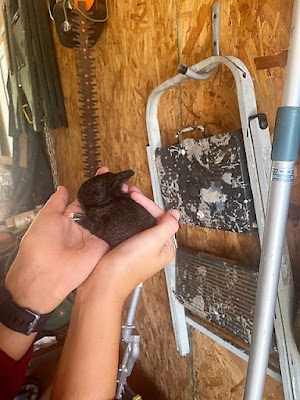 That's it folks! The strange, the fun, and the cute! Life seems to be bringing it all... Guess we'll take it, enjoy what we can, and get through the rest as best we can.

I hope you all had a nice Father's Day - either with your fathers or with the memory. My dad was a wonderful man. Loved him dearly... and still miss him today. But I know he's still around (and not only in my heart).

Closing with this pic I came across on Pinterest. Loved it! 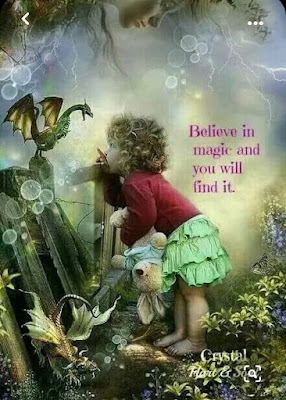 Thanks for reading this jumble of a post... and if I haven't commented much on posts lately, it's just been that sort of a week (or weeks).

Posted by Rian at 7:51 AM
Email ThisBlogThis!Share to TwitterShare to FacebookShare to Pinterest