If you enlarge the pic and look carefully, you will see 6 baby bunnies; 3 white (one hiding under front black bunny) a salt & pepper bunny in the middle, and 2 black... 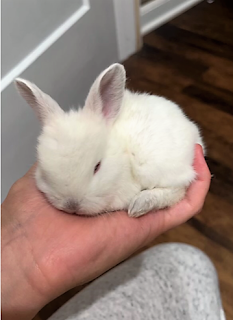 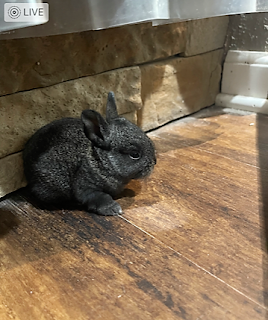 These are my 'back to cute' pics...
Not a lot else to say. Garden growing, but seems slowly. We did lose both the squash and the zucchini already - guessing due to the triple digit temps. But the rest looks OK.
My curly parsley has it's first caterpillar... (probably a Black Swallowtail)

Actually I saw a 2nd catepillar on the other parsley just a little while ago... so I guess they've found the parsley. DH said to pick it off, but I haven't the heart. 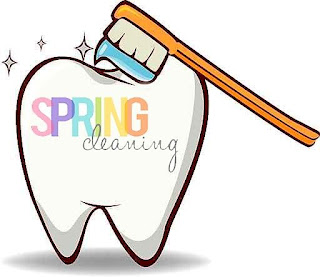 It's time to head off to my dental appointment. How I hate those... and this is a new dentist. But it's only for a teeth cleaning (and yes, these make me nervous too). Will comment more about this when I get back.
Back from dental appointment. I liked them! It was an easy cleaning and I liked both the dental hygienist as well as the doctor. Luckily after x-rays, etc. he said that my teeth were in good condition. I am missing 2 on one side that I might consider implants or a bridge... but he wasn't pushing for either (I appreciated that).
Since we are on standard Medicare, we have to buy separate dental insurance... and the last dentist we had (although very good) was not in our insurance network. After spending a lot this past year, we decided that since we were paying for dental insurance, we really needed to get with one that was within the network. So-o when I pulled out my wallet to pay when leaving this new dental office and the receptionist said, "no, no charge today... your insurance should cover it 100%" - I thought, "YES!"
Oh, I'll close on a kind of funny note.  Last week I went for a haircut. Well, when I was sitting waiting for my turn, Shelley was cutting the hair of an elderly man. When he was done and was leaving, he stopped in front of my chair and just stared.
I looked up and said a hesitant 'hello'... and he said, "You look exactly like my grandma!"... (my first thought was 'wow, your grandmother must be old!')... then I realized he meant how he remembered his grandmother.  I didn't know what to say and I'm not good at spur of the moment stuff... so I just said, "Really?" and at that moment Shelley walked up and called me in.
Later I thought I should have said something. I wanted to say that I thought this was nice as I don't look like either of my grandmothers. One was born and raised in New Orleans and the other in London, but both died when I was a baby... but I have seen pictures. Anyway, I thought it was a strange occurrence.
A few funnies... 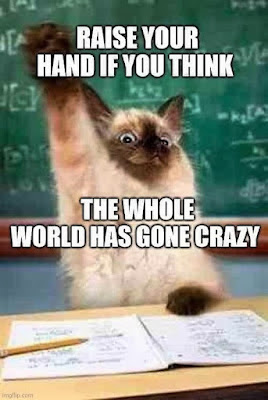 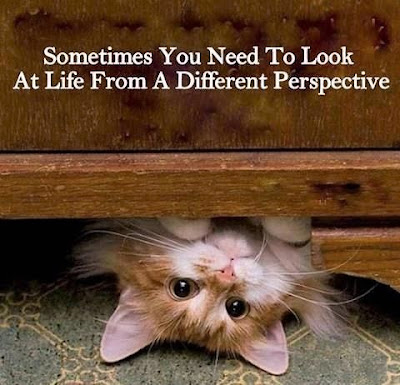 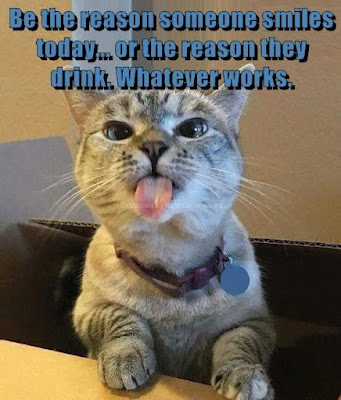 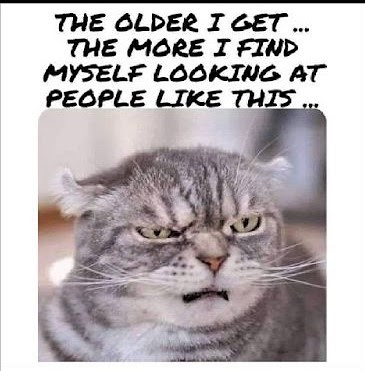 Hugs (virtual),
Rian
Posted by Rian at 10:25 AM
Email ThisBlogThis!Share to TwitterShare to FacebookShare to Pinterest