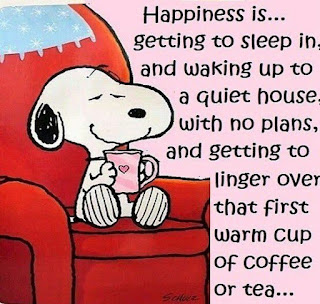 Started writing a post last Thursday... one of those that would continue for a few days. Well, last Saturday while I was writing on it, something happened and the whole post disappeared! Just gone! I tried to do the 'go back' thing - didn't work. Tried to find it in other ways that Blogger recommended - didn't work. Finally gave up and let it go.

Today (a week later) I'm starting fresh. I know I mentioned in that post that I wasn't feeling great for a day or so... nothing bad... just headachy. But it was dreary, cold, and rainy and sometimes the weather does that to me (supposedly it's something to do with the barometric pressure).  Anyway, it eventually went away.

There were other things going on that could have contributed. My dear friend was going into surgery for the recurrence of Breast Cancer Wednesday. I was very worried about her.

And our oldest son and his wife are moving this month from Texarkana - so he was coming into town to pick up a few things and help celebrate his son's birthday (our grandson who lives with us).

I made rum birthday cake for grandson and 2 loaves for son to take home. 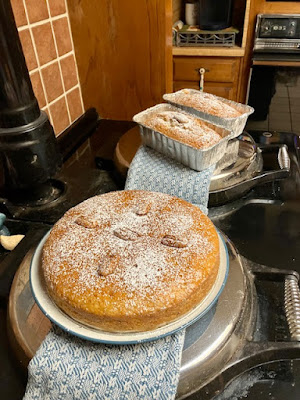 And I think that I also mentioned in that lost post that DH and I visited the new HEB grocery that opened a little closer to us in Plano (one opened a few weeks ago in Frisco and we had checked out that one, but didn't really shop there). This time we shopped - thinking we would use it instead of our normal Central Market store (also owned by HEB). Nope! Won't be doing that. It's a beautiful store, but way too big. After about 45 minutes of walking through it, I was ready to get out.

Central Market is more our style - a lot smaller, but kind of a cross between Whole Foods and Sprouts. And I like being able to get just a few tablespoons/cups of herbs (or chocolate, salt, flour, etc.) out of a bin, plus almost all of their products are hormone free, etc.

Next on our agenda is youngest granddaughter's birthday. She will be 10 this month (really hard to believe). Since her birthday is so close to Christmas, I tend to go with clothes for the birthday and toys (or games, etc.) for Christmas. I don't believe that anyone in my family reads my blog, so I feel safe with posting a few things that I put in her birthday bag. This little dress looked like her, so I ordered it. 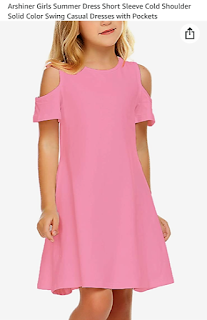 I also included some multicolored leggings (that could be worn with the dress or with included t-shirt - which looks like her dog, Cookie), cat slippers, and a jewelry kit for making her own jewelry... 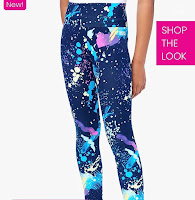 And I guess that's it. Oh, the little possum that comes by is getting fatter by the day. He's also taken to climbing into the cat tree and spending time there after he eats. DH feels like he's decided it's his 'special place'. 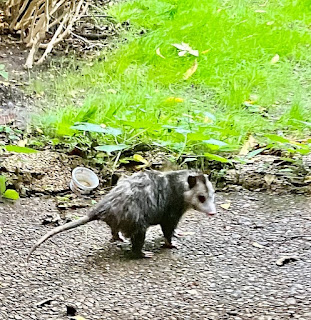 Ok, this is really last week's post rewritten, but nothing new to add, so I will close. This week is quiet... and that's good... with Thanksgiving and Christmas sneaking up on us, we can use the peace and quiet for a few days. Wishing you the same.

Posted by Rian at 12:30 PM
Email ThisBlogThis!Share to TwitterShare to FacebookShare to Pinterest