a kitchen full of lazy cats and a disappointing recipe result...

Now I'm posting the result of my recent recipe try-out: the Chocoflan.  The Chocoflan didn't turn out that great.  It was easy to make, but the cake part didn't bake well.  It was supposed to take an hour in 350, but I had to cook it an hour and a half for the cake part to bake firm. It did come out of the pan easy enough and the flan did end up on top, but the taste of the cake part was disappointing... although the flan was good. And I learned that the Mexican Canned Caramel called ? is really very good.  This was for swirling around the pan before the cake batter is put in and also for swirling over the top of the Flan before serving. Well, I could easily just eat this stuff out of the can... 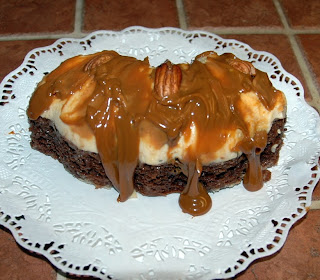 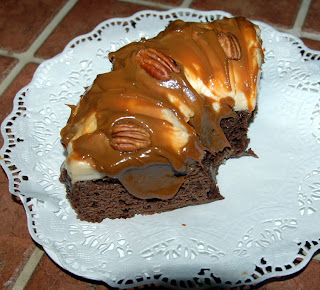 But the true test is whether I would make it again... and the answer is no.  IMO the chocolate cake texture as well as the taste was disappointing.  (However, DH and the boys gobbled it up with no complaints.)

Posted by Rian at 10:58 AM
Email ThisBlogThis!Share to TwitterShare to FacebookShare to Pinterest
Labels: cats, chocoflan, kitchen, lazy