Well, it happened again.  I wrote an entire post and when I went to remove a picture, it removed the entire post (even though the post was saved previous to adding the pictures?) Guess I'm going to have to write my posts on Word and then copy and paste them here as Perpetua suggested. The thing is, I've never had this problem before now...

I also should be at the studio this morning working on my pottery cylinders. Unfortunately I woke up with a headache, so I doubt that I would get much done.  I think the headache is due to my spending too much time knitting lately.  I find that if I knit for a long time and concentrate on counting stitches, I tend to get a headache.  But I did finally finish my baby blanket that I've been working on - on and off - for a while. 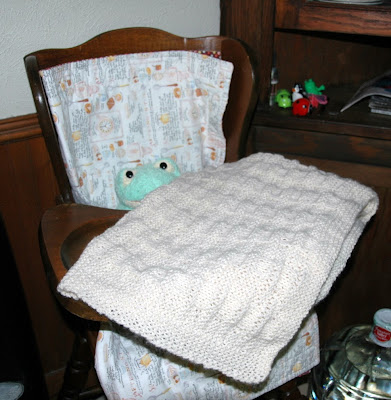 This is a picture of it. Don't know if you can see the pattern well, but it's kind of a basket weave. 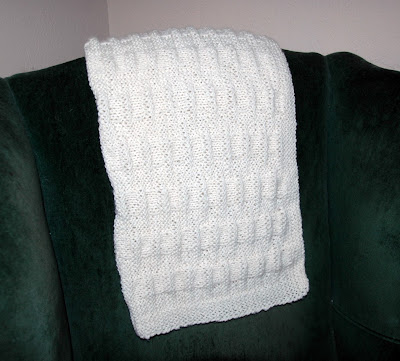 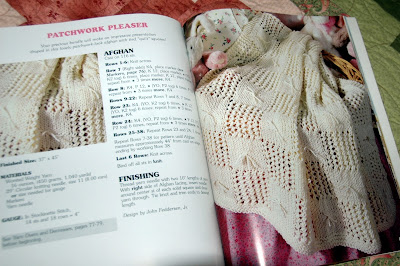 And this is the next pattern that I would like to make.  It's a knitted patchwork. 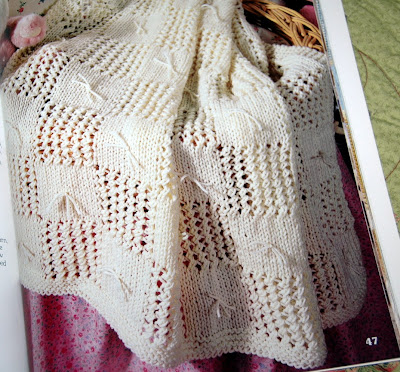 
How was your Labor Day?  I needed to run some errands so I texted my grandson to see if he would like to  go with me and we could pick up lunch while we were out.  I told him that it was fine if he had other plans (14 year olds may not want to run errands with their memaw). Fortunately he said that he would really like to do that.  So we had a nice time and got to talk a bit since we haven't had much time for that lately.  My grandkids are at the crossroads this year with  one starting highschool, one starting middle school, one starting elementary school, and one turning one year old!

Well, I think I'm going to spend the morning making cookies to send to my cousin in New Orleans for her birthday next week. Then if my head feels better, I'll think about going to the studio this afternoon.


Posted by Rian at 8:39 AM
Email ThisBlogThis!Share to TwitterShare to FacebookShare to Pinterest