This morning DH cut some bay leaf branches  from our bay tree out back.  He was commenting to me how it looked very healthy after this cold winter as it had been looking a bit distressed last summer.  Julie (our small female black and white - who has many names - one of which is "Julie, Dam-it, get off the counter!") decided she would hide behind the branches. When I came into the kitchen and saw her, instead of fussing at her, I had to go get my camera.  Here's a close-up: 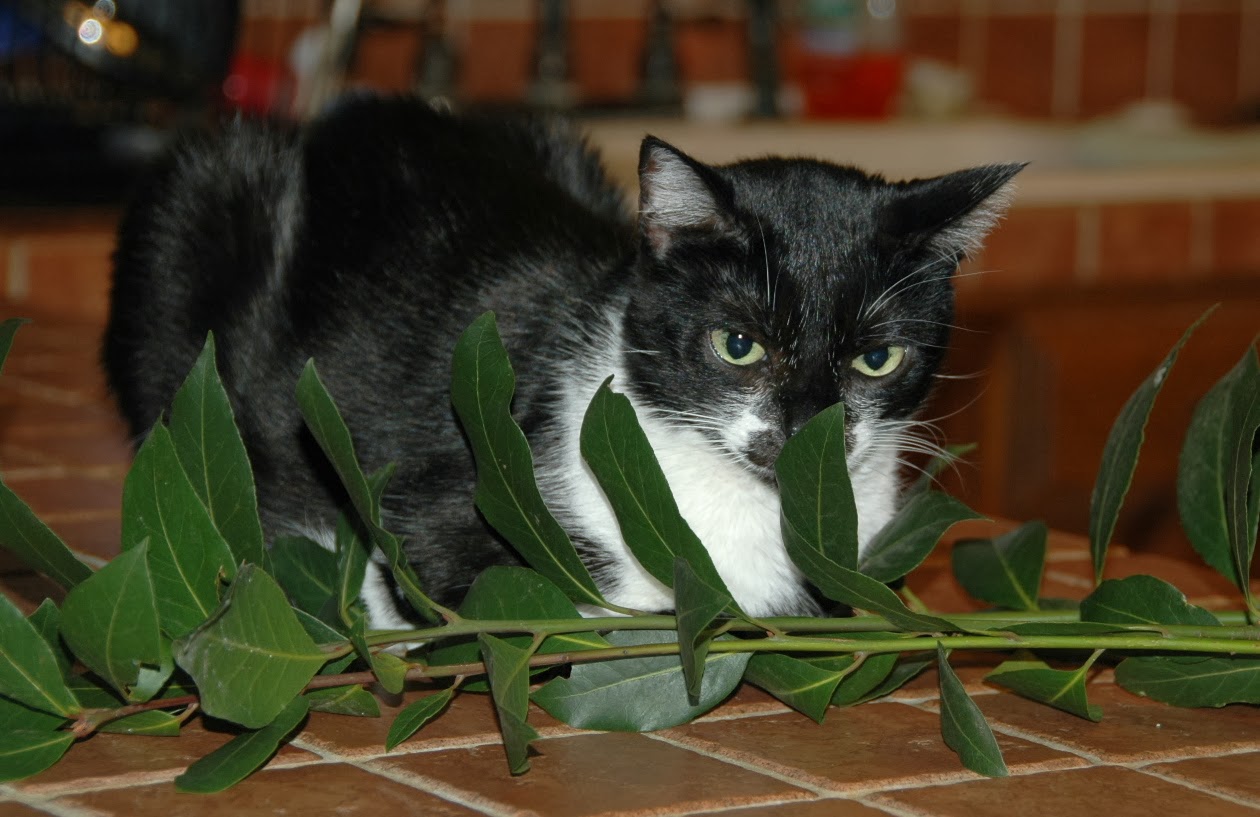 and following up on Ghost's recovery:

She is now joining the group on the rug by the Aga... whereas when she was sick last week, she stayed curled up on my bed. She has also regained her appetite... which can only be described as ravenous.

I am sad to report that my youngest son reported losing his 20 year old cat this weekend. I had noticed that she was getting very thin and frail last time I saw her. She and Molly (our 20 year old) became a part of our families about the same time. However, even though Molly is showing her age, she still seems to be full of energy, has a good appetite, and has kept her weight pretty well.  She occasionally miscalculates when jumping up on something and has to do it again, but otherwise, seems fine.

There's not a lot to report here... except that the weather has been wonderful... sun shining and in the 60"s and 70's this past weekend.  And if we can trust the weathermen, it's going to remain this way all week!! It makes it hard to believe all the snow and ice around the world that we're seeing on the TV (and they're beginning to mention "Climate Change"... ya think???)

My pottery classes have resumed (although we've missed some due to school closures), but in general we're back in the swing.  Our project this year is another dinner set, but we haven't gotten the 'particulars' yet... meaning our instructor wants us to make something that would be used to serve a specific guest (she is going to give each of us a name sometime this week... yeah, a bit weird).

Oh, and I'm playing around with filet crochet (I think that's right?).  I made a crochet bag from some old blue cotton yarn I had left over from another project. It didn't come out too bad since I kind of made it up as I went along and didn't have a pattern. 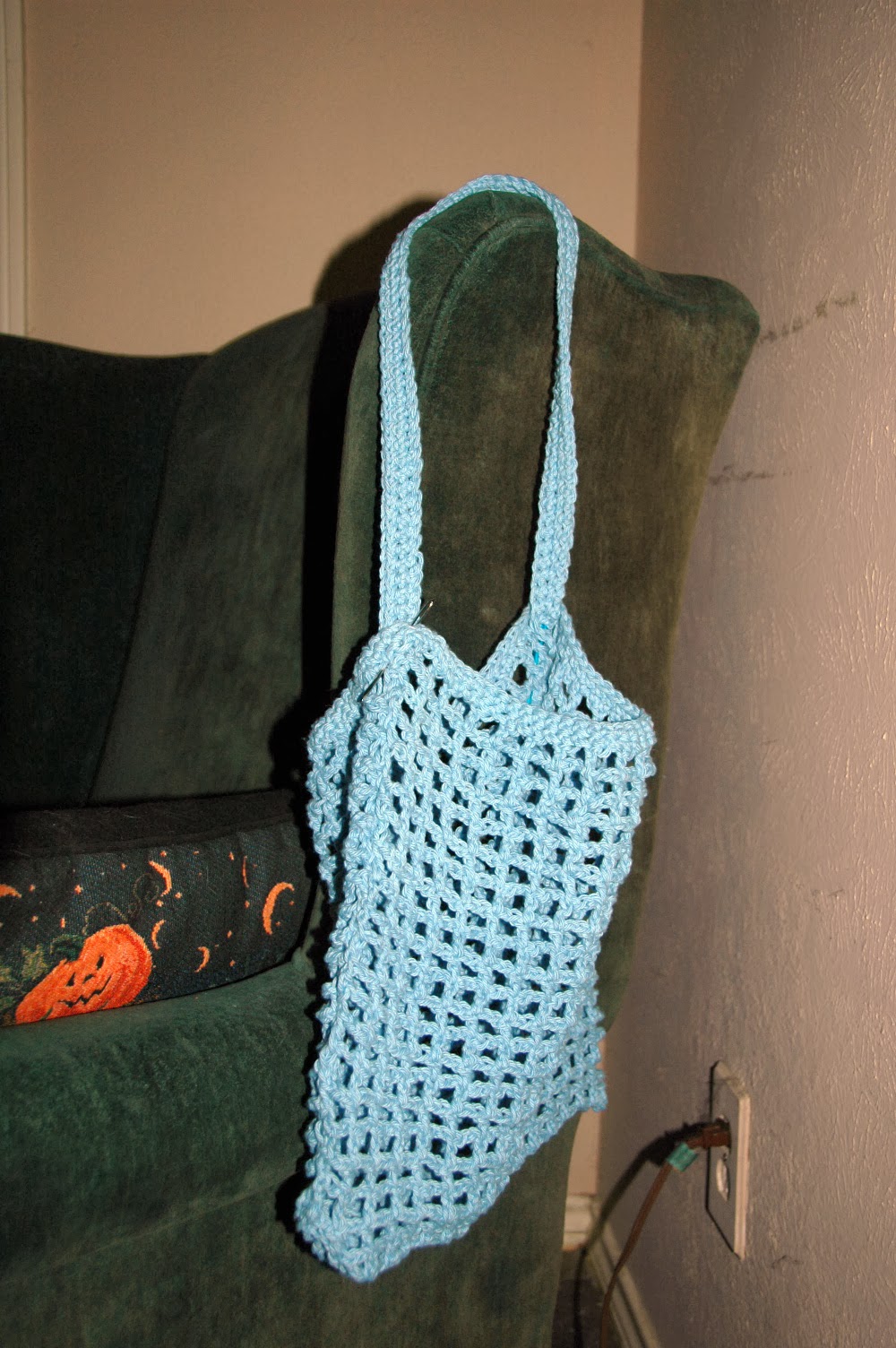 Well, I hope you are all enjoying the Olympic Games.  DH and I were watching the pairs skating (dancing on ice) this morning. It's so amazing...

PS:  Thanks for all your comments on my dilemma.  I really appreciated the input... and it helped a lot just writing it out.

Posted by Rian at 10:47 AM
Email ThisBlogThis!Share to TwitterShare to FacebookShare to Pinterest