DH and I weighed in this morning here at the house and he has now lost 6 lbs (we are still on our SouthBeach diet).  I am gradually catching up as I've lost 5 !  It really hasn't been too hard, but I can feel that he is missing his sugar more than me. He's starting to whisper his beloved mantra, "I need pie...". Told him that once we hit the 10 lb mark, I'll make him a pie. In the meantime, he's have to do with our weekend ice-cream cheats. And since we've been good for 2 weeks, I'm considering making our home-made granola later in the week. I know it's healthy, but I'm afraid it might be too much carbs (with the oats).

And it's time for those annual flu shots! I actually called our doctor's office last week to make an appointment, but apparently the flu shots for those over 65 aren't in yet.  DH had gotten that one last year. I got the regular one... just because I was unsure about getting something more powerful. This year... we'll see. Since I had the real flu back in 1997 and don't ever want to get that again... (was sick for over a month)... we're pretty good about keeping up.

This is the last load for the kiln that I'll be doing this semester - 11 pieces. They are colored with underglaze and then a clear glaze over all. Some (the plate and cups) were left over pieces from last semester's dinnerware project. Others (the bowls and one small square box) were done these last few weeks. Next semester I will resume with throwing larger bowls and bigger pieces. 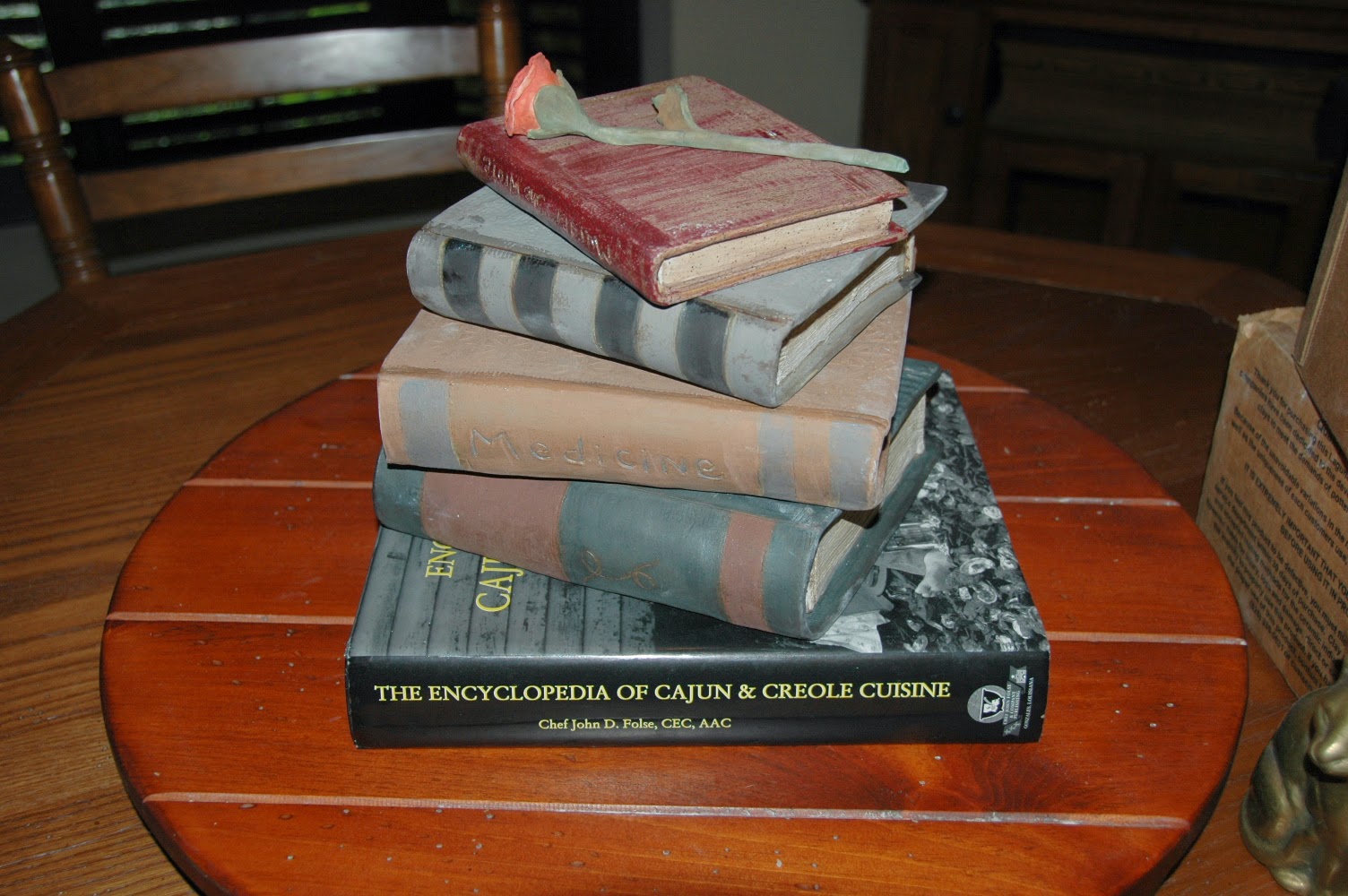 These are the clay books I made as part of last semester's project. They're sitting in the middle of our game room table at the moment. Only the top 4 are ceramic. The bottom book is John Folse's Cajun Cookbook which is a wonderful (albeit a bit large) cookbook as well as informative articles and pictures of New Orleans.

The Fall weather hasn't really gotten to Texas yet... although we seem to be done with the triple digits. I'm actually enjoying these 60 degree mornings and generally 80 plus evenings (still some 90's). I'm just hoping that our winter isn't like last year since I don't do well in ice and snow (guess it's a good thing we live down south).

Have a great weekend!


Posted by Rian at 7:32 AM
Email ThisBlogThis!Share to TwitterShare to FacebookShare to Pinterest