Freedom of Choice... my view

I wrote this blog a while back, but never posted it - probably because it touches on personal beliefs that some may find offensive. Personally I find that people tend to be too easily offended these days... (IMO) 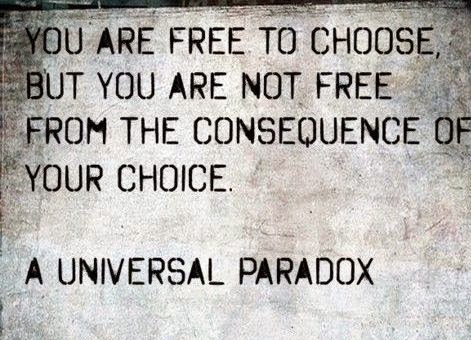 This is one of those sayings that are a big part of my philosophy. My thoughts are generally expressed a little differently, but mean the same. I believe that our choices decide our lives... and while we are free to choose, we must also be accountable.

Those last words, *be accountable* are extremely important because there are not many (if any) people in the world who have gone through life without having made a few bad choices. And that's OK, as long as we realize that even those bad choices played a part in who we now are. We have to "own" them... maybe even forgive ourselves for them... although I find the later one of the hardest things to do.

How does one forgive one's self? So much easier to forgive others. I can always forgive another by convincing myself that their intention was not to hurt. This doesn't work when dealing with myself... not meaning that my intention was to hurt... but because the fact exists that I did cause hurt... intentional or not... and that in itself is painful (and hard to forgive).

This is another quote that I believe holds a lot of truth...

Recently I read a blog that was talking about quotes and essays similar to these. What I took from that post was that the writer thought the author of these words "preachy".  IMO the fact that a person believes these things are helpful in life in no way promises that the author follows through... only believes that there are some truth in these words and wants to share.

Lots of quotes exist.  Some strike home with some of us, and some fly right over our heads. Some that we've heard a thousand times and meant nothing, suddenly ring true. Why? I have no idea. But I believe that we are a wonder unto ourselves - meaning each of us is unique and there's something marvelous about that.

This is why I feel that the bible which is always being poked, prodded, and translated... is a very special book... not because it was passed on to us by Christ (as significant as that is), but because it speaks to each of us in a different way.  There is no one way, but as many paths as there are people. 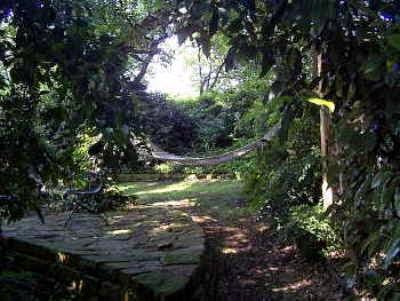 Posted by Rian at 7:24 AM
Email ThisBlogThis!Share to TwitterShare to FacebookShare to Pinterest
Labels: choice, consequence, forgive, freedom, truth