it's cooler now... and other things 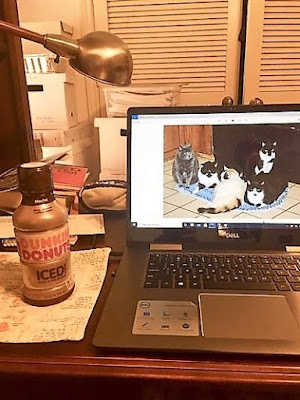 Sitting here at my laptop with my Dunkin Donut Mocha coffee thinking about what to post about today. With this 'sheltering at home' - there's not a lot of 'new' going on.

I'm sure summer isn't over here in Texas, but this week we're cooler... in the 70's in the mornings, going into the 80's in the afternoon and evenings. And we also have rain! Makes for a nice break.
Other things:

Finished "The 5th Wave" and decided to try to finish "Educated"... which I read part of a while back and lost interest. It's a very 'strange' story. Continuing it last night only confirms this belief. But I will keep reading.

Has anyone out there read "The Reckoning" by John Grisham? Finished that not too long ago too and was very disappointed at the ending. Anyone else feel that way?

My favorite books are Irish trilogies, home-town cozies (like Jan Karon's), cozy themed mysteries, and some historical fiction (Lady of Hay by Barbara Erskine and Galway Bay by Mary Pat Kelly). But if push comes to shove, I will read almost anything.

A change of subject

I have 2 favorites: this green and this flat black

and the flat black one I found on a beach on the Dingle Peninsula in Ireland: 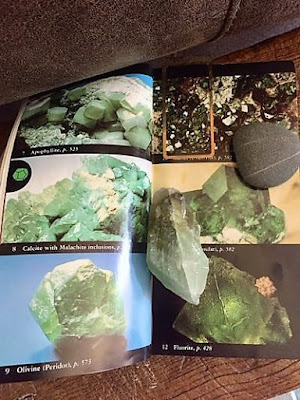 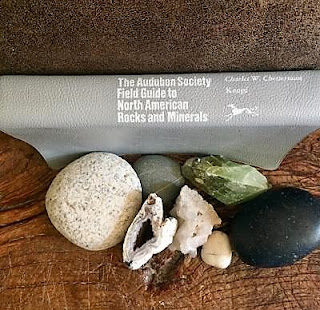 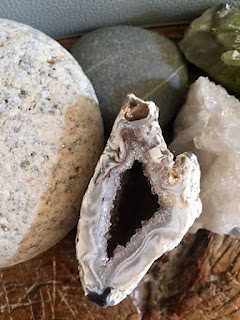 Question: Has anyone ever looked up the old house they grew up in? I'm sure many of you have.  I recently did this and was astonished that it was still around... and had been re-structured as such.

It was a a small house right off of Canal Street in New Orleans. It had a ceiling fan and a floor heater and one of those 'in the wall' gas heaters in the one bathroom. It wasn't shotgun, like many - but more of a double shotgun... with front room, dining room, and kitchen all following each other on the left... then a bedroom, bath, and 2 more small bedrooms. Dad built a long den across the back.

Anyway, it's still there... and the asking price is unbelievable. It is in a great location - right off Canal St with the streetcar lines still running and only about 10 minutes to downtown and the French Quarter. But still...

The house my dad built after that one was out by the lakefront... not on Lake Pontchartrain proper, but only a short bus ride down to it. In high school, my friend and I used to ride down there after school sometimes and do our home-work by the water. That house is no longer there. Katrina was the end of it. But I believe another was built on the same lot since then.

I do miss being close to water. We had Lake Pontchartrain and the Mississiippi... and of course we had/have family who live in Waveland and Biloxi (only a short ride away) so we spent a lot of time on the Gulf coast in the summers. Good memories.

Hope I didn't bore you too much with my reminiscing...
I'm going to close this with 2 things; a new crochet weave pattern I'm trying  and an old Irish saying that I like. 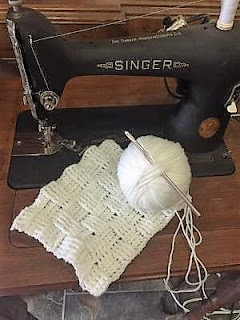 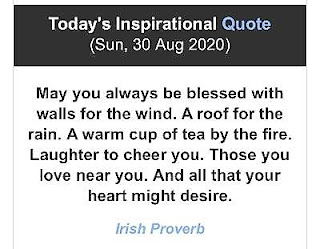 This new blogger that was forced on me today is giving me fits...
(couldn't figure out how to make the crochet pic larger or how to add labels... oh well, at least I can insert this: 😝😡)
But thanks for visiting anyway. Hope you are having an easier time of it. Could be that I just don't need one more frustration these days.
Hugs (virtual),
Rian