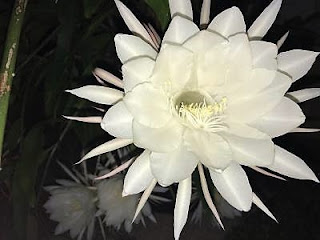 I so love these flowers. They are so 'unearthly' (maybe ethereal is the right word). My mother-in-law always had them in Louisiana... and my brother and sister-in-law have them now.

We did have one for a few years, but lost it one cold winter here in North Texas. They not only look ethereal, but the aroma is beyond wonderful. Even our cats would gather round them when they bloomed and released their scent. And they bloom in the night and die by morning. Sad, but beautiful... (the other weird thing - maybe not weird, but notable - about this plant is that the plant itself is ugly, but it's blooms are beyond beautiful)

Our night bloomer never made more than a one or two blooms each year... (which we eagerly awaited) but my brother-in-law's plant in Houston makes as many as 15 on one bush in one night! Unbelievable! 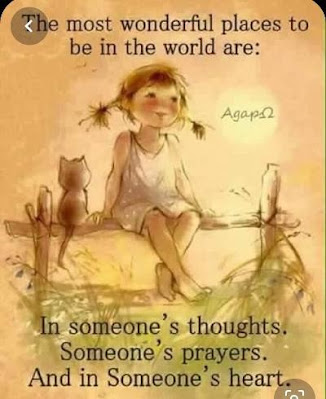 My little red headed grand daughter who is no longer little has her 19th birthday this week. 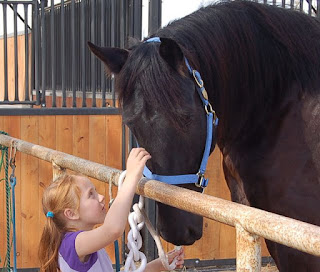 When I was growing up, my brother used to read Uncle Wiggily to me. This wasn't the one he read from... mine was simply "Uncle Wiggily" as far as I knew and the book itself was red.  I actually thought I had it here someplace, but somehow over the many many years, it can no longer be found.
But my youngest son and his wife found this one somewhere and bought it for me.  It must have belonged to this person who signed the inside back in 1932. 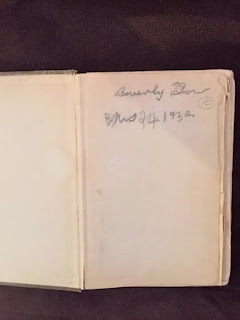 I can only imagine they enjoyed it as a child as much as I did...
Hope you are enjoying this Fall weather and staying safe during this pandemic. And whatever your views are, I urge you to get out and vote - by mail or in person. If ever there was a time when every vote counted, it is NOW.
Hugs,
Rian