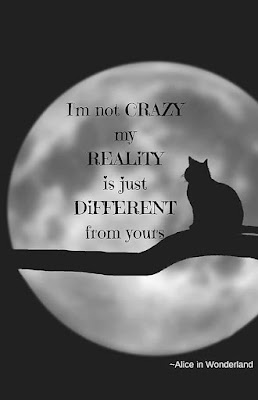 For those of you who are interested in stories or essays about stories, this is something I wrote for myself years ago. I came across it and it reminded me of all the stories and characters from the past that still occasionally speak to me (inside my head).

It is an odd piece, so if you want to skip it, that's perfectly fine with me. I just thought I'd share it as some of you will recognize Annie from "Time After Time" (and in the soon to come sequel "Carrick Cove"). She spoke up in this piece along with several others.

OK, it’s a fact. I love to write. Why? I don’t know. Perhaps because it uses my imagination and possibly extends the joy of youth… when imagination rules a good portion of our lives. I can well remember the feeling of being immersed in a world of my own when I was a child. Then again, writing is psychologically therapeutic. Putting down one’s thoughts on paper is liberating… clears the mind and organizes thoughts.

Today I’m going to invite these characters to give me their thoughts. I want them to express what it’s like to be a character in a story. Do they enjoy it… like actors in a play? Or do they not like being manipulated by the writer? And more importantly, do they sometimes take over and do their own thing?  I feel that my characters definitely do this on occasion… and to be honest, I enjoy it when they do… because they may do or say something unexpected… something I wasn’t aware was even in my mind (or in theirs)… thus, giving the story an unforeseen turn.

Anyone out there or ‘in there’ (pertaining to inside my head) that would like to speak up?

“Because you created my character years ago in a story for Nanowrimo. We were together for months developing the storyline… then you just abandoned me… in the middle of the jungle searching for answers to my brother’s murder. “

Oh, I do remember that story. “My Brother’s Keeper”, I believe.

Oh dear, well I did/do intend to get back to it at some point. Please be patient.

“I was the young girl who was kidnapped by the man trying to influence my father’s vote on the environmental issue. I escaped and had quite an adventure finding my way home.”

My, that was a long time ago.  I actually don’t remember the name of the story… “A long way home” maybe? But I do remember you, Claire. You were very brave.

“Yes, and I wanted to say that I loved being in that story.”

If I remember correctly, you grew up a lot on that journey and learned a lot about yourself in the process.

“OK, Annie here from ‘A Time for Kindness’. Just wanted to put my 2 cents in. I did find myself to be an extension of you, the writer… perhaps the person you think you might become under the same circumstances?”

That’s a distinct possibility, Anne. I do love Maine and that’s where I put you in the story.

“And you’re doing it again in what you are writing now.”

Is this still Annie?

“No, this is Gladys from “The Gift of Time and Money”.

Oh, but your story is still being developed.

“Yes, and it’s been on hold since November. I was left in Ireland where I’d just inherited a small cottage in the little town of Cong which apparently was where John Wayne’s movie ‘The Quiet Man’ was filmed. I do feel like my character who finds herself the recipient of a vast inheritance in her later years a bit of wishful thinking on the writer’s part. But I’m enjoying being part of the story, especially after spending time in that lovely London flat and that darling cottage in the Cotswold’s.  But I do wonder if you will be coming back to us any time soon. “

Yes, well, sorry for that abrupt departure. The holidays and family did take me away for a bit. I do hope to be back soon and we’ll explore more of the area around Cong, Ireland before moving on to the manor house in Scotland.

Guess I’d better cut this short or I may be inundated with other previous characters wanting their say. For the most part, I’ve learned that the characters do seem to enjoy being part of the story but don’t relish being left too long on hold. Perhaps I’ll continue this line of thought at another time… and give more characters a chance to weigh in.

Having written this a few years back, I’m going to say that of all these characters having their say, Annie is the one that can no longer complain - as I went back and completed her story in “Time After Time” and in the sequel “Carrick Cove” (which although completed had not been sent to Amazon for publication yet).

The others are stories still on the back burner, some completed, some not.  But whether or not they will ever be published isn’t important. What is important is the pleasure these characters gave me in cooperating with me to bring about their existence and their stories (if only in my imagination).

If you’ve read this far, thank you.  I didn’t expect you to. But I like communicating with the characters I’ve created over the years. Feels a little like Schitzophrenia as in some ways they may be a part of my own psychological make-up. Anyway, I wanted to share their thoughts here. They all made valuable points and deserved to be heard.  (And over the years, there’s a possibility that I might have shared this before… if so, forgive me as my memory does have its days.)

Posted by Rian at 3:09 PM
Email ThisBlogThis!Share to TwitterShare to FacebookShare to Pinterest