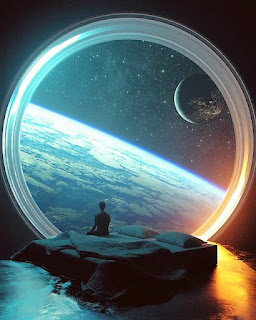 A week had passed since the mysterious but fortuitous event in the hallway.  Finding the baby and encountering Noah had thrown Zoe's life into a whirl.  After calling the police and spending the next few days in the company of her new friend, she was now contemplating finding a way to keep the child.

"But how can you keep her?", Noah's voice boomed. "They'll never let you.  An abandoned baby becomes a ward of the state.  They'll look for her parents, and all that takes time."

"Do you realize how irrational that sounds, Zoe?  The court will determine where she goes and more than likely, it won't be to an unmarried young woman with no visible means of support."

Grabbing her purse, Zoe turned and headed out the door.  "I'm sorry - but I've got to go see her.  Please forgive me, but I really don't have a choice."

This was the side of Noah that had become endearing to Zoe in the short time that she had known him.  One minute he was all logical and bookish, the next - a puppy dog.  Chester liked him too, and Chester could be very fickle.

It took some persuading at the hospital.  It was late, but the nurse on duty was familiar with the details of the case and the part that these two had played in finding the child.  Without their interaction, she knew that the infant might not be as healthy as she now seemed.  Who knows what could have happened?

Looking through the window at the little round pink face, Zoe's heart was swallowed up whole.  How could this baby affect her so?  A few of her friends had babies.  They were cute, but this was different. 'Why?' she wondered.

The reaction of Noah, while more subtle and without whispers, was non-the-less traumatic.  As he also took in the small pink bundle, the innocent eyes, the frail delicate structure, he too was mesmerized.  "She is something, isn't she? So perfect?"

Then a strange thing happened.  Noah and Zoe looked at each other and they both knew.  This baby would be theirs.

And the watcher agreed.

As the weeks went by, the baby was declared fit, and the case was to go to court soon.  The parents of the child had not been found, neither had a shred of evidence to link the infant to anyone in the building or neighborhood.  The only identifying clue was a small birthmark.  No one but the watcher knew that Zoe had the exact same birthmark - the delicate swirl of fine lines on the inner side of her left ankle.

The nurses at the hospital had been calling the child "Ada" since she was the first abandoned baby of the year at their hospital and since "Adam" certainly wasn't appropriate. And Ada was appropriate, thought the watcher, but not for the reason they thought.

Zoe and Noah visited the child daily.  And their friendship blossomed into a full blown love affair.  Zoe, for the first time in her young life was enamored, frustrated, and totally buoyant in a sea of love.  While Noah, having been married and disenchanted by the complexities of the fairer sex at an earlier age, was totally baffled with the intensity of his new emotions.

But they were in love and they were in league.  They had challenged the courts to disprove their claim on this presumably abandoned child.  They laid out their plans to marry, and with Noah's respectable and well-paying career as a Veterinarian and Zoe's unmistakable dedication to the well being of this tiny foundling, the deck seemed to be stacked in their favor. Since there were no other claims made on the child, the official judgement was that she would be adopted by Zoe and Noah as soon as they were married.  In the meantime, she would be released from the hospital and temporarily entrusted to their care.

Carrying Ada home that afternoon was an event to remember.  Zoe had never felt so blessed.  It was a turning point in her life.  She no longer felt watched, but protected.  She no longer felt crazy, but privileged.  And she quit fighting the inevitable.  She knew now that the whispers and the watcher were not a part of her imagination, but a part of her heritage, part of a vast network of knowledgeable beings.  This was a network that she was capable of tapping - she need only to listen.  So now when the tiny hairs on the back of her neck stand up, she's no longer afraid, but expectant and eager for the whisperings to start.

But this child would have no barriers.  She would have access to the knowledge from a very early age.  Zoe would not tell her, as her own adopted parents had, that the whispers were only the workings of an overactive imagination.  She would tell Ada to be still and listen.  Then they would see what wonders could be worked.  These intellectual beings of light and shadow that coexisted with humans for so long now wanted to share their immortality and knowledge.  They wanted to share a greater love.

As the watcher leaned over the cradle and looked into the eyes of the tiny babe, Ada smiled.

Posted by Rian at 11:00 AM
Email ThisBlogThis!Share to TwitterShare to FacebookShare to Pinterest